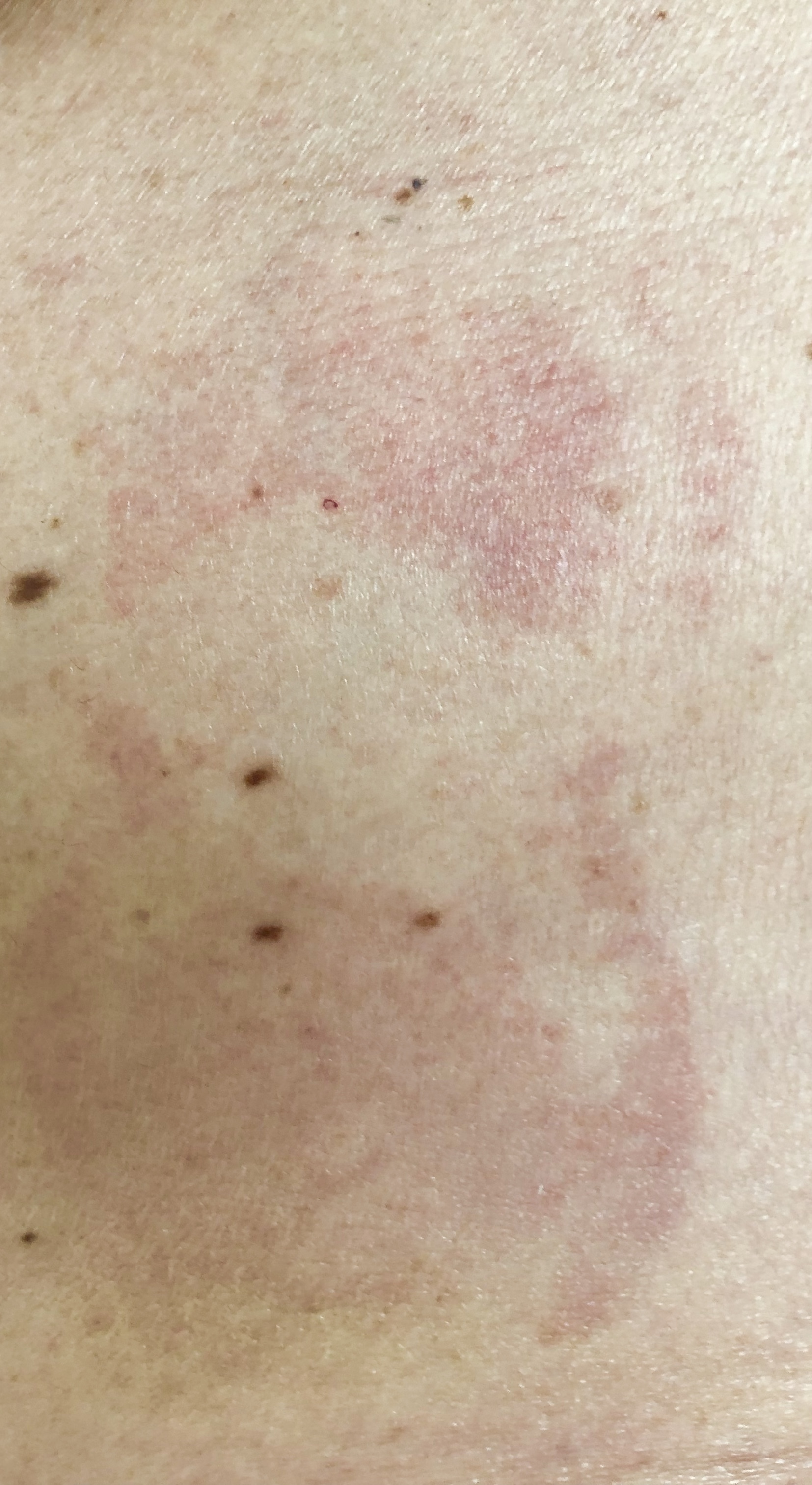 I have used 4 patches so far.  The first was on my lower back just above sacrum.  Second was right below my knee. Third and fourth were on my right and left flanks.  Attached is a picture of the rash I got on all applications except the one below the knee.  It is a burning and itching sensation  and I  have been taking benadadryl capsules to counter it. I am allergic to latex ( the box from Archway indicates that patches are latex free) and also from IV contrast used in cat scans. The picture is from the last application 4 days ago and was much redder on second and third day. Nad was on top of picture, saline on bottom.   I spoke to Archway and was told that some parts of body may be more sensitive and it was ok to just use balance of patches just under knee. I asked if the patch is applied on a bony area whether that would affect effectiveness.  They said as long as patch is on the skin NAD+ will be absorbed.